The best places to buy in the capital in 2019

It seems an almost weekly occurrence that a new area of London is identified as ‘up-andcoming’; the latest property hotspot not to be missed. Awash with choice, it’s not hard to understand why many buyers feel a little overwhelmed.

So where should you be looking? We round up three of London’s most exciting destinations, complete with luxurious new homes, established social scenes, and some of the best culture, shopping and dining the capital has to offer. 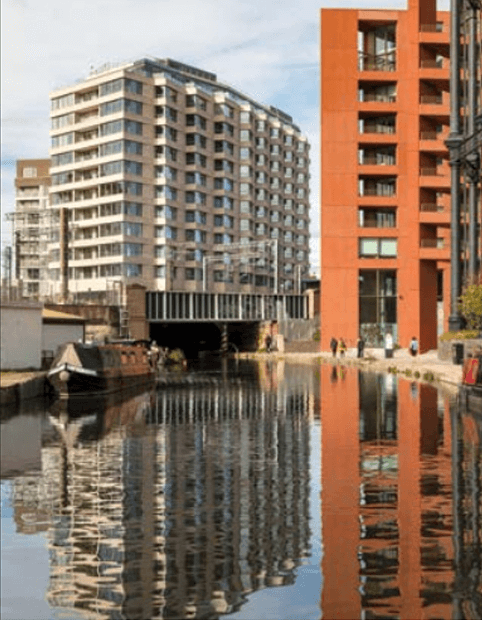 X marks the spot
There’s no denying that Kings Cross is having a moment. The rejuvenation of this central London neighbourhood has been in progress for a number of years, and with the end in sight, the area is completing its transformation into one of London’s most coveted locations.

Following the arrival of Google, more global big hitters are set to set down roots in Kings Cross, including Samsung. It’s not all business however, as late 2018 saw the opening of the Thomas Heatherwick-designed Coal Drop’s Yard, a treasure trove of thoughtfully-curated retailers and restaurants, from the big-name brands of Tom Dixon and Paul Smith to boutique stores like Bonds Kings Cross and Beija London.

With such a wealth of dining, culture and shopping on the doorstep, it’s no surprise there’s strong demand for homes. One exciting new development, Onyx, is perfectly placed in the heart of this new cultural hub. Poised on the banks of the Regent’s Canal, developer Taylor Wimpey Central London’s boutique collection of apartments provide a unique vantage point to enjoy the urban landscape of Kings Cross.

Each of the 117 apartments are thought fully designed for modern living with floor-to-ceiling windows, individually-designed kitchens and elegant interior design. A new show apartment, with interiors by Jigsaw, opened recently, with an industrial-inspired aesthetic which nods to the iconic heritage of area (prices start from £775,000,
www.onyxapartments.co.uk).
For those wanting a well-connected home, you couldn’t ask for much better with six London Underground lines at Kings Cross offering access to every corner of the capital. For those jet-setting a little further afield there’s St Pancras on the doorstep, as well as all five of London’s international airports all less than an hour away.
Shoreditch – it’s a sure thing
Home to London’s very own Silicon Valley, Shoreditch is growing up – in more ways than one. Often considered the capital’s ‘centre of cool’, the east London neighbourhood is a hive of tech and creative start-ups – making it the ultimate livework neighbourhood. While it might be known as a popular hipster hangout, a plethora of new openings, including Nobu’s latest offering, as well as The Clove Club and Art’otel, has drawn in City commuters and entrepreneurs from the neighbouring City of London. Add to the mix the soon-to-open Crossrail station at Liverpool Street, and it’s easy to see why Shoreditch is drawing in some new faces. It’s not just the demographic that’s changing either – so is the skyline, and there’s one building in particular that’s taking the lead. The Atlas Building is a striking 40-storey residential tower just moments from Old Street, home to 302 apartments.

"It’s not just the demographic that’s changing either – so is the skyline, and there’s one building in particular that’s taking the lead."
Award-winning architecture practice, MAKE, is behind the building’s design, which is formed of nine staggered architectural blades – creating not only a visually striking addition to the Cityscape but also a series of private balconies and terraces for each apartment. The interiors are just as impressive, with dual-aspect views spanning St Paul’s Cathedral to The Shard, as well as engineered timber flooring and stainless steel ironmongery. A host of residents’ amenities complete the package, including a gym, spa, swimming pool, cinema and private lounge, all set on a mezzanine level above the ground floor.

Demand has been high to date, with the scheme now over 80% sold. Two-bedroom apartments start from £1,037,000 (www.theatlasbuilding.com).

The new place to be seen
Located between the sprawling green of Regents Park and the bustling crowds of Oxford Street is the quaint yet highly desirable, Marylebone. Packed in with designer shops, fine dining restaurants and boutique butchers, this pocket of London is the place to be. With the Chiltern Firehouse at one end of the street and a number of boutiques in between,
Chiltern Place sits at number 66 in a striking position overlooking Paddington Gardens. The elegant building comprises of 55 one, two, three and four-bedroom apartments, penthouses and a four-storey townhouse, all in the heart of Marylebone Village.

With its café culture, independent shops, designer boutiques, buzzing bars and bistros and Michelin-starred restaurants, the building is within one of Prime Central London’s most sought-after locations.

Located at 66 Chiltern Street, the development has a gym plus residents’ club lounge, which provides a place in which to work as well as entertain, complete with meeting rooms that can be booked. Residents benefit from 24-hour

security, full concierge services and valet parking with secure underground car park. There are only a few apartments remaining, with prices from £4,250,000 (www.chilternplace.com).